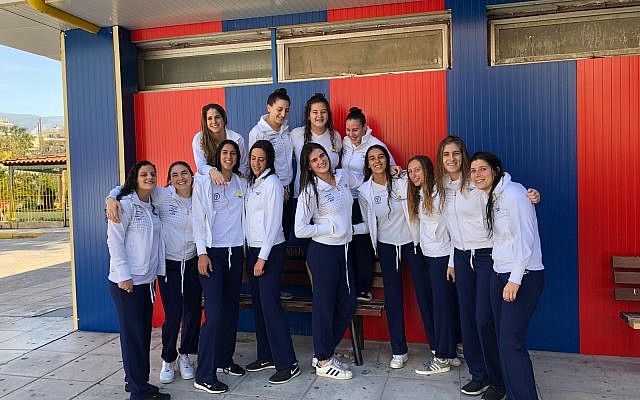 A women’s water polo match between Israel and Spain was left without a venue Monday after the Spanish municipality that was supposed to host the event backed out due to pressure from anti-Israel boycott activists.

It was only after the Israeli women’s team arrived in Barcelona that they were told the Molins de Rei municipality, 18 kilometers from the city center, had decided it would not hold the game as planned.

The match, scheduled for Tuesday, was part of a European championship that is a preliminary to the world water polo league.

Revital Cohen Gluska, president of the Israeli Water Polo Association, told Channel 10 TV news that Israel’s embassy in Spain had told her that the game was canceled due to the pro-Palestinian boycott, divestment, and sanctions movement, known as BDS.

“At first I was told that there are political problems,” she said. “I thought it was an internal matter of theirs. But then the embassy in Spain contacted me, and said that the city council there caved into BDS pressure.

“I hope they don’t move us to some training pool,” Cohen added. “A hostile crowd doesn’t scare us. We came here to do sports, not politics.”

Israel’s Culture and Sports Minister Miri Regev contacted her Spanish counterpart to ask him to ensure that the game goes ahead.

“Do everything so that the city Molins acts according to the international Olympic charter and prevent the BDS movement from blocking the game from being held,” she said. “Also take action to protect the well-being and safety of the Israeli sportswomen.”

The head of the Spanish Olympic Committee, Alejandro Blanco Bravo, called to apologize and the mayor of Molins tweeted an apology for the inconvenience, Cohen said.

As of Tuesday morning, the team still had no idea where the game would be held, Hebrew media reported.

Israel is due to host the other members of its group — Greece, Spain and Russia — for games.