Five Jews who made a splash in Israel in 5780

(Thursday, September 17, 2020) – From changing the face of the Middle East to building a world-class cycling team, redefining our social media to recruiting world leaders in the fight against antisemitism – these five men have made an undeniable impact on Israeli life over the past 12 months. 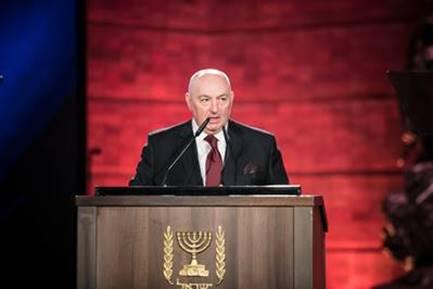 The European Jewish Congress is proud and honoured to announce that Moshe Kantor has been recognised as one of five Jewish leaders who shaped the year 5780 by the Israeli newspaper Yedioth Ahronoth and we would like to warmly congratulate him for this outstanding recognition. Also included on the list are Jared Kushner, Senior Advisor to the President of the United States and architect of the historic Abraham Accords with the United Arab Emirates and Bahrain, Israeli Prime Minister Benjamin Netanyahu, Facebook CEO Mark Zuckerberg, and businessman Sylvan Adams, promoter of the Israel Start-Up Nation cycling team.

“Kantor is the man responsible for the biggest event of the year in Israel, the Fifth World Holocaust Forum, held at Yad Vashem in Jerusalem,” read the article entitled “Five Jews who made a splash in Israel in 5780” published ahead of Rosh Hashana.

“It was the largest diplomatic event in the country’s history: against the background of rising antisemitism in the world and marking the 75th anniversary of the liberation of the Auschwitz death camp, some 50 heads of state and leaders from around the world arrived in Israel, including French President Emmanuel Macron, German President Frank-Walter Steinmeier, U.S. Vice President Mike Pence, Russian President Vladimir Putin and Britain’s Prince Charles.”

In Dr. Kantor’s own words: “We have succeeded in putting the importance of the fight against antisemitism on the world agenda. The next step must be a coordinated and well-designed international plan of action.”

Please click here to read the full article in English

Please click here to read the full article in Hebrew